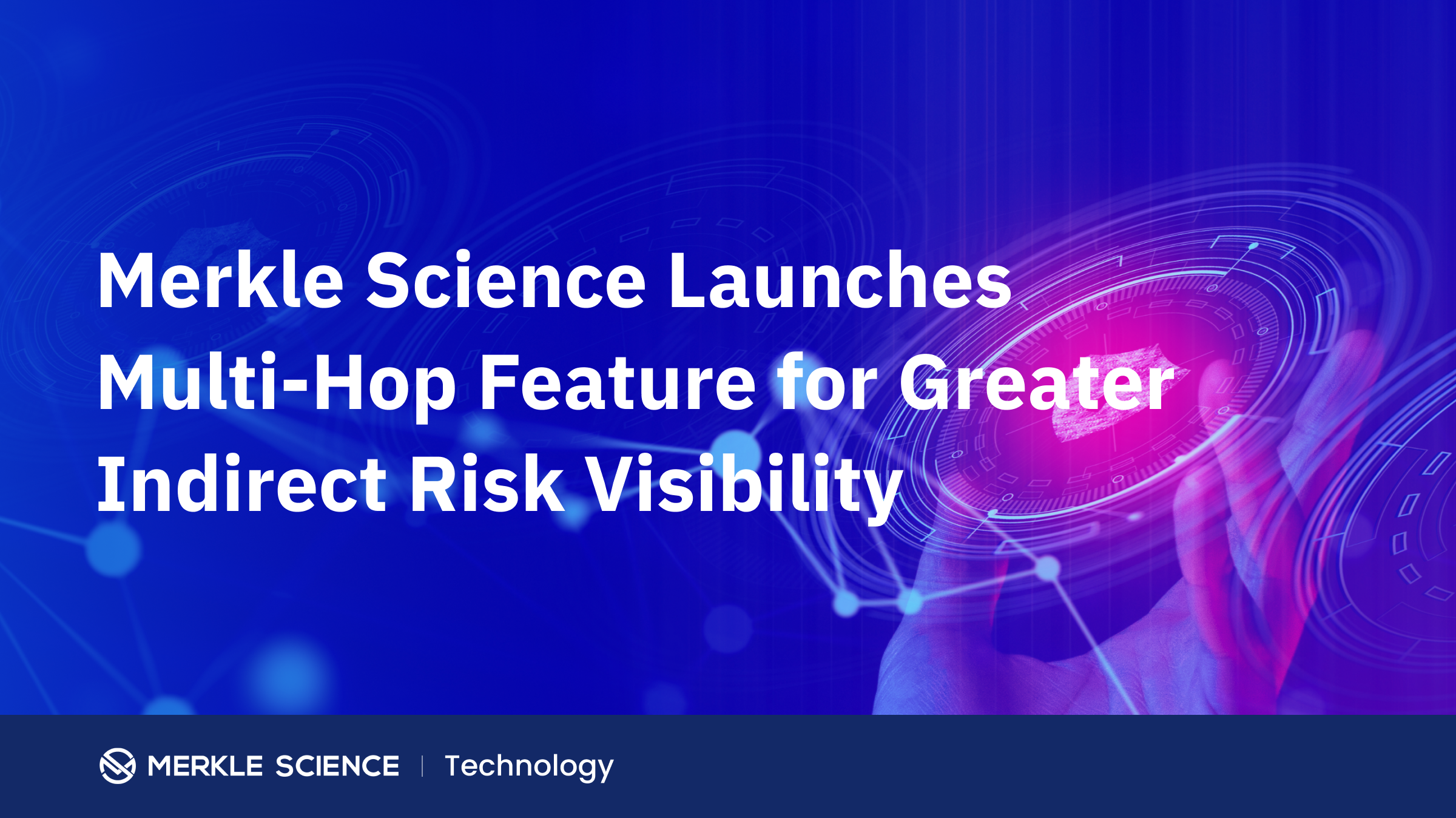 As governments are tightening regulations for cryptocurrency transaction processing, criminals are devising novel ways to obfuscate their identities and execute illicit transactions. Disconnecting themselves from known addresses/blacklisted addresses and using devious tactics to bypass the screening of transaction monitoring tools is now a preferred method of criminals.

On 23rd May, we are releasing an update to our product, namely multi-hop release, empowering you to efficiently investigate direct and indirect criminal exposure to any crypto address. By definition, direct risks are risks that have been identified in the beginning at a one-hop analysis. Indirect risks are risks identified beyond one hop. With the new release, all addresses listed by you on our platform will automatically be analyzed for direct and indirect risks, allowing your team to investigate the risk exposure anytime.

How does multi-hop analysis work?

The intuitive multi-hop analysis feature allows you to investigate all transaction flows between identified entities in a five-hop radius. Multi-hop will be enabled on the platform with the release and will auto-investigate all addresses without manual intervention, allowing users to locate the proximity and pathway for all indirect risks. Once an indirect risk is located, a compliance officer can now quickly investigate addresses up to five hops or until an identified entity is detected and find out which entity actually transferred funds to the address in question.

Multi-hop analysis saves compliance officers valuable time and empowers them to investigate any suspicious transaction on their platform. Multi-hop also makes it easier to identify which address(es) to focus on without getting lost in a pool of transactions.

Please note: In some cases, you will see multi-hop analysis not extending to five-hops. This is because when we trace the source of funds from a known entity before the five-hop radius, we stop analyzing further. It’s only when we encounter private wallets or unidentified wallets that we extend the analysis to subsequent hops and go up to five.

We have learned from our clients and partners that every business has a different way of categorizing risks at first hop and distant hops. The flexibility and granularity of Merkle Science’s Behavioral Rule Engine allows businesses to tailor their rules and policies according to their risk matrices. With the addition of multi-hop and support for indirect risk visualization, our rule engine is even more powerful. Users can now design separate rules to detect direct and indirect risk exposures and assign each rule to different risk levels, allowing for simpler and more efficient analysis.

Up until now, the Merkle Science pie chart had one layer around it indicating all direct risks. With the release of multi-hop analysis, the pie chart will have two layers. The primary layer will indicate direct risks and the outer layer will show all the indirect risks. Additionally, under the pie chart, you can see total transaction value (both deposits and withdrawal) and direct and indirect exposure to it by hovering the mouse over the numbers.

Entities depositing funds and entities withdrawing funds for any address in question used to be listed in two separate tables. A few of our partners had suggested simplifying it for better analysis of deposits and withdrawals from one visual. Going ahead, the two tables will merge into one, and users can quickly analyze if the counterparty that has interacted with the address has done both deposits and withdrawals.